from 14 to 20 April, Milan will host the “Timeless Gift of Southside Chicago”, Choir of 10 to 19 year olds from one of the most difficult areas of Chicago and the United States of America.
The Project named: “Beauty that saves: Milan and Chicago, a bridge of sustainable beauty”, is a production of and under the direction of Francesca Parvizyar and the patronage of the City of Milan.
The initiative is part of the Sister Cities between the city of Chicago and the city of Milan, which have seen their collaboration grow more and more, also thanks to the work of the Milan Commission Sister Cities International City of Chicago Chaired by Francesca Parvizyar and Joe Monastero.
37 young artists who make up the choir coming from Southside Chicago, will be guided by Joan Collaso, ‘Chorister of Stevie Wonder and Grammy Award winner.
Program:
· 15 April: 4.00 pm: greeting of the Mayor in the courtyard of Palazzo Marino and photo op – tour of Palazzo Marino
· April 16, 7:00 pm: TGVE concert at the Palazzina Liberty “Dario Fo and Franca Rame”;
· April 17th: meeting with peers at the Secondary School of First Degree to musical address “Quintino di Vona” with a debate between students and performance of the choir; and meeting at Spazio ArtEducazione del Comune with a lesson of Timeless Gifts and socialization activities;
· April 18, 9 pm: participation in the screening of the documentary “Shadowgram” at the Auditorium “E. Baldoni “, Municipality 8 – in the presence of TGVE –
· 19th April, 7 pm: TGVE concert at the Ex-Chiesetta di Villa Scheibler, Quarto Oggiaro.
The City of Milan is looking forward to welcoming the Timeless Gifts Vocal Ensemble, which will bring its healthy and friendly soul to our city. I am sure that the young artists directed by Ms Collaso will be very successful in their performances and will have fun meeting their Milanese colleagues from our schools. I wish the delegation of our sister city all the best during their stay – declared the Mayor of Milan Giuseppe Sala
I strongly wanted to give this project the title The Beauty that Saves.
The word beauty assumes a broad meaning here, which does not always respond to common use. The beauty of this group is in having chosen to live life through the study of music as Many of these students have really difficult and uncomfortable stories.
It will be an intense and exciting week together with a real energy that will bridge our two wonderful cities like Chicago and Milan declared Francesca Parvizyar co President of the Milan Commission Sister Cities International City of Chicago 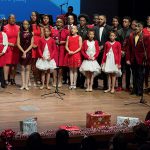 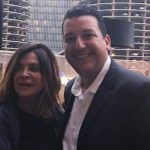